A year later the lines have changed but little.  it was time to use different methods. This time the attack would have support from Mk IV tanks, and the breakthrough would be built around Whippets , armored cars and cavalry. 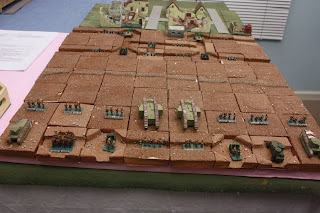 The lumbering behemoths proved their worth immediately, crushing wire so that the infantry could move on. 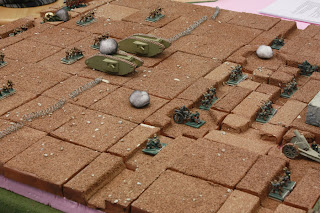 German 77mm guns did some damage to the tanks, but they had allowed the infantry to pass through. Their 6-pounders kept the German machine gunners off balance as well. 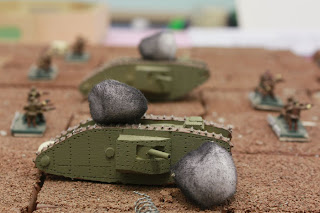 The left-hand tank assaults an entrenched artillery position. The British losses are far less than anticipated. 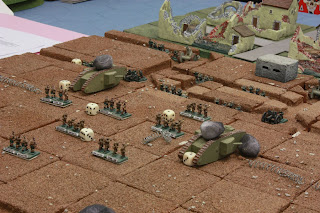 The right hand tank is hit again, but overruns a German Maxim Gun, then turns left, and advances along the trench line... 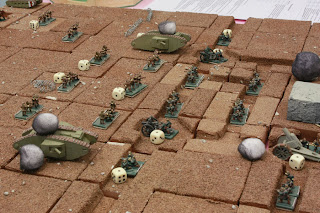 ...destroying a 77mm gun. The German front is in peril. 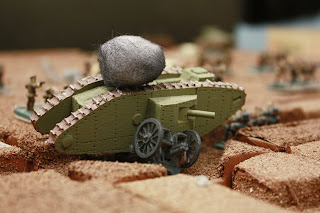 However, a bold unit of Jagers assaults the flank of the Mk IV with stick grenades, finally stopping its foray. on the left flank, the other tank falls to the machine, gunners. 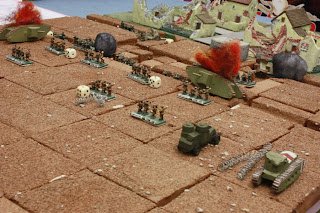 While the Germans have been moving to stop the Mk IV's, the British infantry has turned the German right flank. The Whippets and armored cars are on the move. 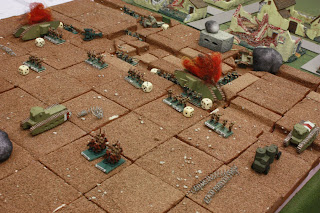 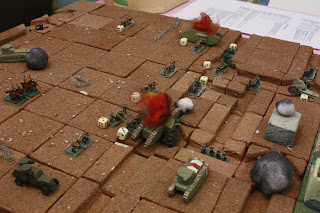 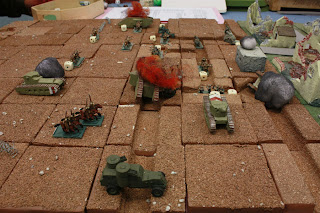 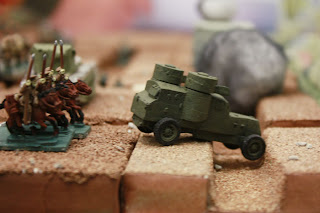 Finally! The lead Whippet breaks through the German second line. Cavalry helps to scatter the survivors. The Austin and remaining Whippet move forward. 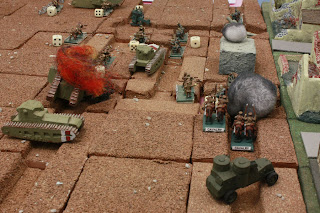 As the German line crumbles, the light forces move up the road toward the German rear areas.  There would be no talk of  "dig in and hold" today! 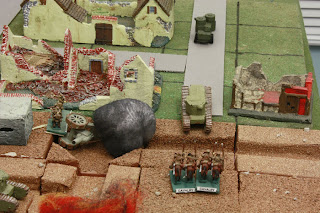 Watching for a counter-attack that did not come..... 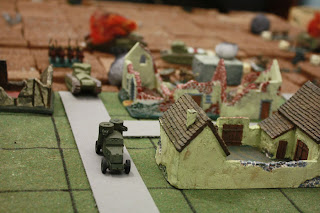 A salute to the brave men who pioneered the use of tanks and armored vehicles! 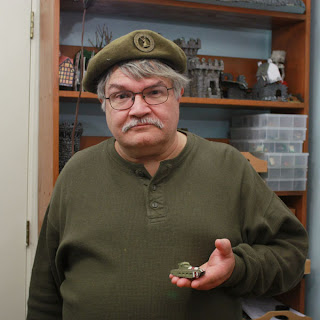 The Armored car is a Peter Pig model.
The Whippets and Mk IV's were hand-carved and cast in resin several years ago.
I found the rules for Close Combat worked very well for the chaos of a trench assault. The side that
has the last fresh reserves available will probably win the day.
I hope you enjoyed this one Arthur!

NEXT WEEK: A Night Raider Variant for WW1.
Posted by Steven Page at 9:17 PM